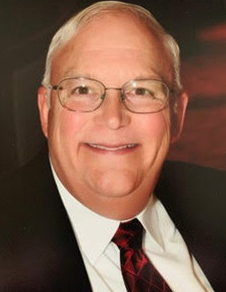 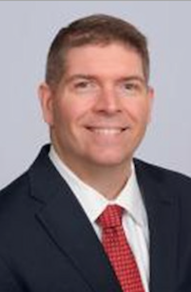 I joined Edward Jones as a financial advisor in 2000, and I became a limited partner with Edward Jones in 2011. I earned a bachelor’s degree in business from Western Oregon State University. In addition I received the AAMS® professional designation in 2006. The College for Financial Planning awards the AAMS® designation to individuals who successfully complete a 12-module professional education program, pass a final examination, commit to its code of ethics and agree to pursue continuing education.

My wife, Kari and I have one son and two daughters. I have lived in Monmouth since 1993. I have been active in business and civic affairs in Monmouth for many years. I also am a member of Rotary, the Chamber of Commerce and Monmouth-Independence Community Foundation, and a volunteer with the First Baptist Church. 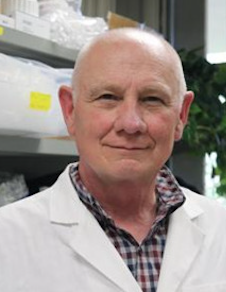 Dr. Stephen Scheck has been a resident of Independence since 2006 when he joined Western Oregon University (WOU) as dean of the college of liberal arts and sciences. Subsequently, he was appointed to vice president for academic affairs and provost of the university. He transitioned to the faculty in 2018 and serves as a professor of biology in the Natural Science Division. Prior to coming to WOU, Scheck was a professor of biology and acting dean for the Seaver College of Science and Engineering at Loyola Marymount University in Los Angeles.

During Scheck’s administrative service at WOU, he participated on a number of state-wide boards for the former Oregon University System and most recently, for the Higher Education Coordinating Commission. In his last year as provost, Scheck chaired the Oregon’s public universities provosts council. When his children were younger, Scheck served in various capacities with the Boy Scouts of America and also worked with local Girl Scouts and 4-H groups. Dr. Scheck received B.S. and M.S. degrees from Fort Hays State University (Kansas) and the Ph.D. from Iowa State University. He received the alumni achievement award from Fort Hays State University in 2008. As a biologist, Scheck’s research has been in various areas of physiological science, including hibernation energetics; the interrelationships of diet, exercise and diabetes; and muscle and bone atrophy in space flight. Dr. Scheck has two adult children and resides with his wife, Anne, in the Airpark neighborhood of Independence. 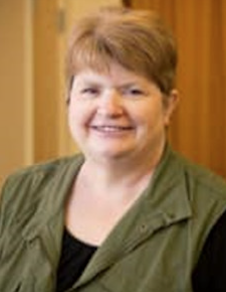 Marilyn Morton is the Office Administrator at MINET. She has lived in Independence, Oregon, since 1990 and is an active member of the community. She was elected to the Independence City Council in 2002 and still serves in that capacity. As a counselor, Marilyn has been an active participant in the conception, formation, and evolution of MINET. MINET – Monmouth-Independence Networks – is jointly owned by the cities of Monmouth and Independence. Marilyn serves on a variety of local organizations in Independence. Some of her current affiliations include serving as chair of the Monmouth-Independence Community Foundation, a 501(c)(3) organization that holds endowment and non-endowment funds for many local charitable groups. The Foundation gives out several annual scholarships to local graduates. She is an active member of each city’s Business Associations. Marilyn’s work history includes finance, escrow, teaching piano, and running her own home office business for many years. In addition to City Council, as a local volunteer she is involved in several annual festivals and events, and for 20 years led and operated an award-winning volunteer-run reading program at Independence Elementary School. She is also a published author. She believes deeply that excellent communication is the cornerstone of any successful business or organization and works hard to promote that principle in all that she does. 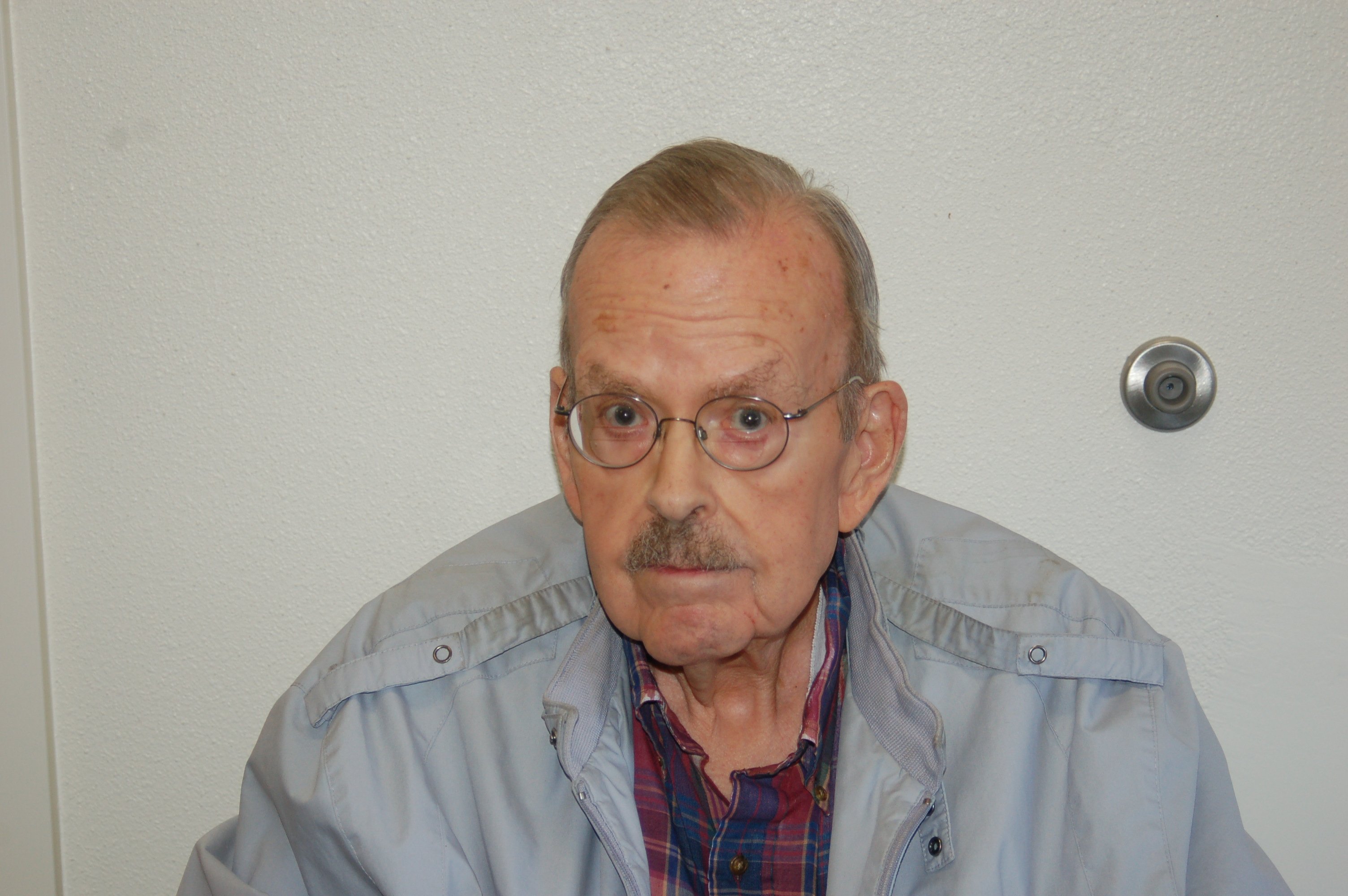 (Photo and article courtesy of the Itemizer-Observer)

When it comes to questions about local history, Scott McArthur has grown accustomed to being a go-to guy.

“I’m flattered by it,” McArthur said. “If somebody wants to know something and I can help them out, I’m happy to do so.” He quickly adds with a laugh, “I just hope I’m right.”

Historian is a role McArthur has played while living in Monmouth for more than 40 years — alongside reporter, prominent attorney and philanthropist.

Put author on that list, too. He’s written five books dealing with the history of small towns and institutions throughout Oregon and Washington.

After graduate school at the University of Oregon, McArthur worked as a radio editor in Portland, a reporter in Albany and edited a newspaper at Fort Myer, Va., while serving in the Army.

From 1959 to 1964, McArthur worked for the Capitol Journal newspaper in Salem. His beat included city government and crime — he covered the last public execution at the Oregon State Penitentiary in 1962.

His first stint, however, was overseeing stories throughout the rural Willamette Valley, which brought him to Monmouth.

Over a decade ago Mr. McArthur and some associates decided to be part of creating a legacy. They established the Monmouth-Independence Community Foundation. 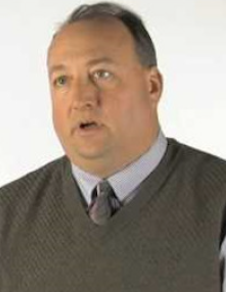 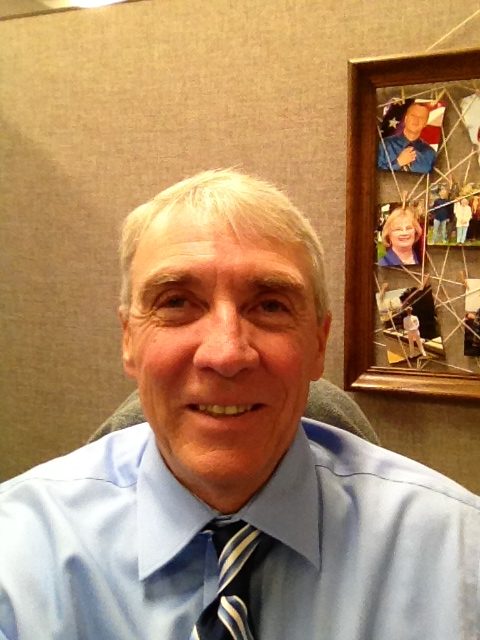 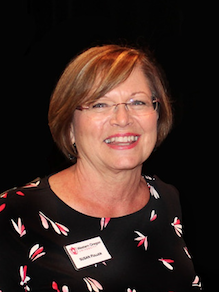 The newest member of the board and most recent to the community, Susan Fuller moved to Monmouth in July, 2015 when her husband, Rex, took the position of president at Western Oregon University. This community is very much like the area in which she and her husband grew up, surrounded by acres of farmland, located about an hour from the Big City, and about the same distance to the ocean. The people who live here also remind her of the town she grew up in because they really care for one another. The community is really one big neighborhood and one big family. We all want what’s best for our community and that’s what the Monmouth Independence Community Foundation is all about. Susan hosts a monthly program on MINET 718 called Polk Salad, a Bounty of Conversation, where she interviews local community members who make this such a special place to live. She is also active in Monmouth Engaged’s University Community Connections Committee where she spearheaded Making Spirits Bright in November 2018. Women’s education is also important to her and she has just celebrated her twenty five year membership in P.E.O., (Philanthropic Educational Organization). Originally from California, Susan and her husband have lived in six states and served at five schools. The couple has two daughters, both of whom live in California with their families. At every opportunity, Susan visits her five grandchildren who range in age from three to eight. 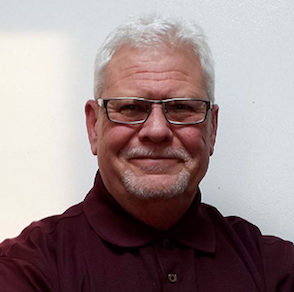 With more than 25 years of experience in the technology and telecommunications industry, Don Patten joined Monmouth – Independence Networks, MINET, as General Manger in late 2013. He has functioned at many levels in the fiber environment, including executive and market director positions, consulting roles, and oversight of the spectrum of business levels from regulatory approval, design, build, and implementation to sales, marketing, customer service, financial and daily
operation. Don’s experience developing a private exchange/data network for a five-state healthcare system facilitated the establishment of Oregon’s first teledentistry site at the joint Monmouth and Independence school district’s new student health center. Don was born, raised, educated and developed much of his business acumen in South Dakota. He holds a bachelor’s degree in business administration and has done graduate studies in marketing. Married, Don and his wife Nancy are the parents of two sons located in South Dakota and Texas and a daughter living in Oregon. Don has been a member of the board of the Monmouth-Independence Community Foundation since early 2014. 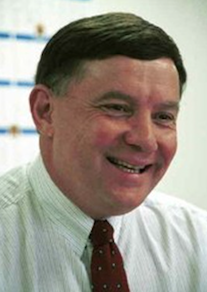 Bell’s career in education began in 1968 when he worked as an English teacher at a high school in Red River Valley, N.D. After earning a graduate degree at the University of Northern Colorado, he switched his focus to counseling, then again to administration in 1983. He worked in the Grants Pass, Hood River and The Dalles school districts before being hired as Central’s superintendent in 1999.

Bell said the district has had its share of highs and lows during the past six years.

Central has had to close Oak Grove Elementary, lay off staff and slash funding to athletics because of reduced state monies in recent years. Independence Elementary School Principal Jan Burks said Bell was instrumental in getting the district through that period. “He gave us stability,” she said. “He helped us through the most difficult budget time we’ve ever experienced in the history of our district.” Bell said he also takes pride in the opening of Ash Creek Intermediate School in 2001, made possible because of a voter-approved $12.4 million bond. “That’s a monument of success to the community,” he said. “There will always be a soft spot in my heart for Ash Creek.” Forrest Bell rejoined the Board of the Monmouth-Independence Community Foundation last year.