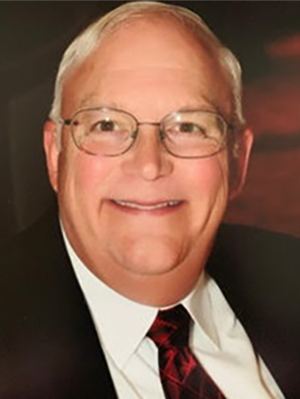 President
Retired from City of Independence 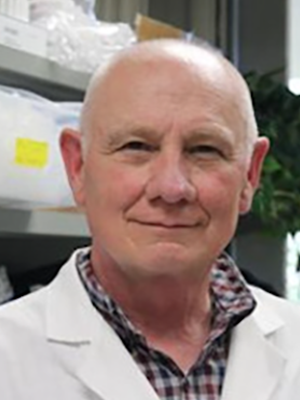 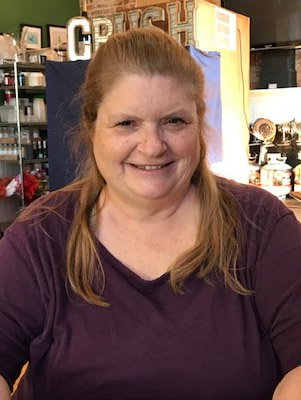 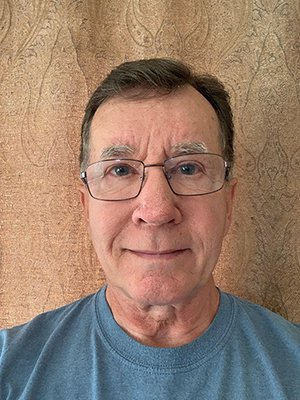 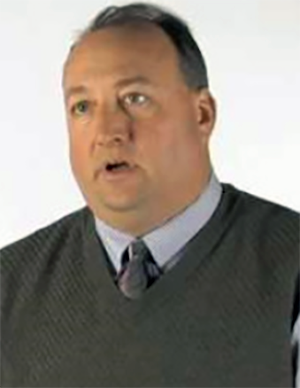 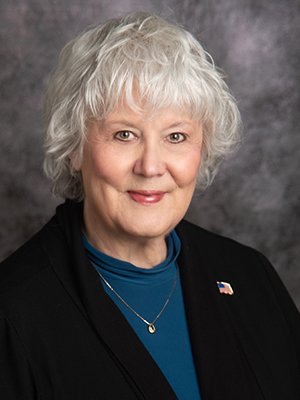 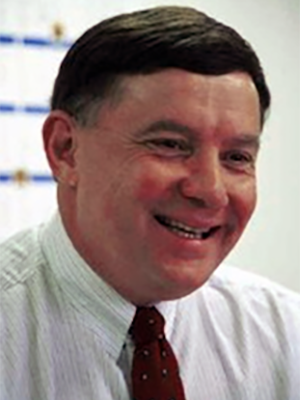 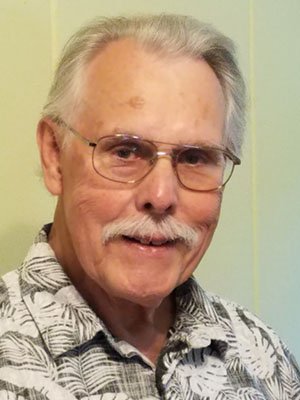 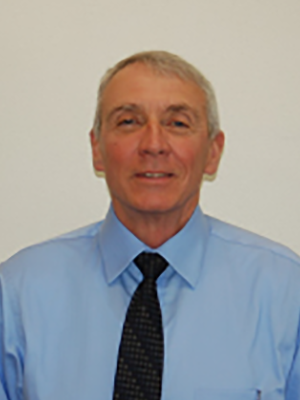 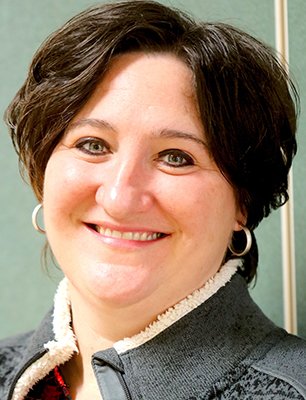 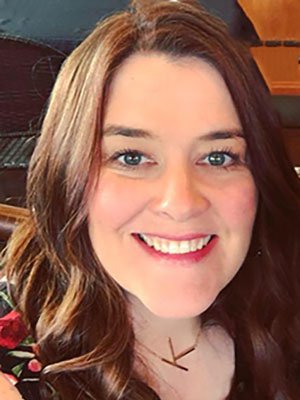 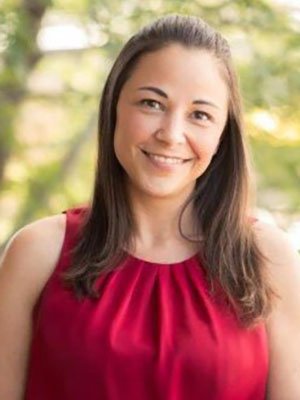 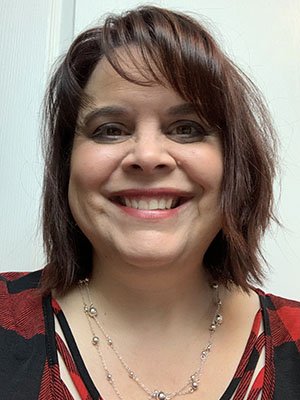 Ben joined Edward Jones as a financial advisor in 2000 and became a limited partner with Edward Jones in 2011. He earned a bachelor’s degree in business from Western Oregon State University. Ben received the AAMS® professional designation in 2006. The College for Financial Planning awards the AAMS® designation to individuals who complete a 12-module professional education program, pass a final examination, commit to its code of ethics, and agree to pursue continuing education.

Ben and his wife, Kari, have one son and two daughters. He has lived in Monmouth since 1993. Ben has been active in business and civic affairs in Monmouth for many years. He is also a member of Rotary, the Chamber of Commerce, Monmouth-Independence Community Foundation, and a volunteer with the First Baptist Church.

Dr. Stephen Scheck has been in the Monmouth-Independence area since 2006 when he joined Western Oregon University (WOU) as dean of the college of liberal arts and sciences. Subsequently, he served as vice president for academic affairs and provost of the university before returning to the faculty as a professor of biology. When his children were younger, Dr. Scheck served in various capacities with the Boy Scouts of America, worked with local Girl Scouts, 4-H groups, and offered science lessons in local elementary schools. Dr. Scheck received B.S. and M.S. degrees from Fort Hays State University, Kansas, and a Ph.D. from Iowa State University.

Marilyn Morton is the Office Administrator at MINET. She has lived in Independence, Oregon, since 1990 and is an active member of the community. She was elected to the Independence City Council in 2002 and still serves in that capacity. As a counselor, Marilyn has been an active participant in the MINET’s conception, formation, and evolution. MINET – Monmouth-Independence Networks – is jointly owned by the cities of Monmouth and Independence.

Marilyn serves on a variety of local organizations in Independence. Some of her current affiliations include serving as chair of the Monmouth-Independence Community Foundation, a 501(c)(3) organization that holds endowment and non-endowment funds for many local charitable groups. The Foundation gives out several annual scholarships to local graduates. She is an active member of each city’s Business Associations.

Marilyn’s work history includes finance, escrow, teaching piano, and running her own home office business for many years. In addition to City Council, as a local volunteer, she is involved in several annual festivals and events and for 20 years led and operated an award-winning volunteer-run reading program at Independence Elementary School. She is also a published author. She believes deeply that excellent communication is the cornerstone of any successful business or organization and works hard to promote that principle in all that she does.

Greg Ellis retired from Governor Kate Brown’s staff in July 2015, where he was a Regional Solutions Coordinator. Before the Governor’s office, Greg was City Manager of Oregon cities Estacada, Independence, and Canby. After retiring, Greg returned to the workforce and became the City Manager of Dallas, Oregon, retiring from that position in June 2019.

Greg and his wife, Leslee, recently celebrated their 47th anniversary. They spend a lot of time visiting their three grandchildren in Spring Branch, Texas, and two grandchildren in Monmouth, Oregon.

Cecelia ‘Cec’ Koontz served the Monmouth community as a city councilor from 2010-2014. She has been part of several Monmouth-Independence nonprofit committees as part of the executive leadership.

In 2012, she was named the Monmouth‐Independence Chamber of Commerce’s First Citizen for her outstanding service to her community.

In 2018, Cec Koontz was elected Mayor of the city of Monmouth, Oregon.

Koontz serves as vice-chair for the WOU Board of Trustees and is the business manager for the Central School District. She obtained a bachelor’s degree in economics from the University of Puget Sound in Tacoma, Wash.

Bell’s career in education began in 1968 when he worked as an English teacher at a high school in Red River Valley, N.D. After earning a graduate degree at the University of Northern Colorado, he switched his focus to counseling, then again to administration in 1983. He worked in the Grants Pass, Hood River, and The Dalles school districts before being hired as Central’s superintendent in 1999.

Michael Cairns has been a resident of Independence since 1975. He retired from the US Environmental Protection Agency after 31 years as an ecologist. Michael’s career involved research and publishing on global climate change, nutrient dynamics in Oregon Cascades watersheds, coho salmon decline in coastal Oregon rivers, fish and wildlife toxicology, and lake eutrophication.

Michael is married to Gail Oberst for 32 years and is the father of adult daughters Bootsie and Emmylou and son Will. The latter two are Central High graduates. He is the proud grandfather of 4 grandkids.

Jennifer Kubista is the Superintendent of Central School District.

She was the Director of Student Life in the Tacoma School District for 6 years where she was responsible for implementing the Whole Child initiative district-wide among other duties. Located in Tacoma, Washington the school district has about 30,000 students. She also served as the Director of Athletics and Activities while at Tacoma.

Kubista has served as the Commissioner of the Columbia Empire Volleyball Association in Beaverton, Oregon for 2 years. She has been recognized with the Northwest PBIS Network Champions Award in 2014 and as Athletic Director of the Year in 2010 by the Washington Secondary Schools Athletic Administrators Association.

She has completed work in the Association for Supervision and Curriculum Development (ASCD) Influence Leader Program.

Kati Weyer has lived in the Monmouth-Independence area for most of her life and is a graduate of Central High School. Kati was hired as a teller at Washington Mutual at age 19 and has worked in the financial industry. In 2006, she began working for Maps Credit Union and became the manager of the Monmouth branch in December of 2009.

Kati and her husband, Larry, have a daughter, two sons, and a granddaughter. Kati also serves as Secretary for the Monmouth Independence Rotary Club.

Sabra Jewell has been a member of the nonprofit sector for nearly ten years after a decade in the restaurant industry. Her roles within the industry have been focused on fund development, grant writing, and events. Sabra was raised in Smyrna, Georgia, received her BA in Communication from the College of Charleston, and spent five years in Boulder, Colorado, where she received her MPA from the University of Colorado – Denver.

Sarah grew up in the Polk County area, graduated from Central High School where she met her husband, Jesus. She lives in Independence with her husband, son and their bevy of animals.

Sarah has worked in many community businesses, volunteers her ongoing life experience as a board member, parent advocate, and fund developer for several local nonprofits. She has been an active community member for many years raising awareness for inclusion and access for people living with disabilities.

Sarah loves her community and feels being part of MICF is a great way to give back and be part of the next generation of Monmouth and Independence leaders.